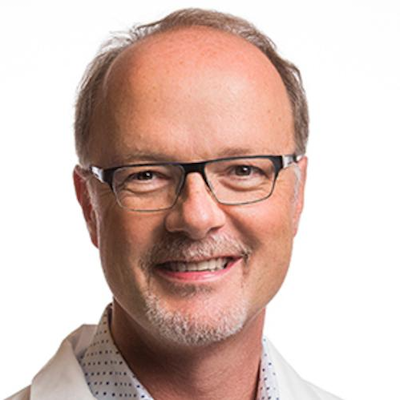 Dr. Forster joined UBC in 1991. He is also a Professor in the Department of Radiology, Head of MRI, Vancouver Coastal Region, and Director of Medical Imaging at Vancouver General and UBC Hospitals. He was recently Director of Diagnostic Imaging for the Vancouver 2010 Winter Olympics/Paralympics Games. As an Associate Member of the Allan McGavin Sports Medicine Centre, he has been involved in the clinical, education, and research aspects of sports imaging for 16 years.

Dr. Forster is Associate Editor of the journals Radiology and British Journal of Sports Medicine, and is on the Honourary Editorial Board of Open Access Journal of Sports Medicine. He is the author of more than 80 peer-reviewed scientific publications and 90 educational exhibits. He has served as President of the Pacific Northwest Radiology Society and on the Board of Directors of the Canadian Association of Radiologists.

Femoroacetabular impingement (FAI) is a condition where a bony bump in the hip region leads to pressure on different tissues in the hip. This is thought to be exacerbated by physical activity. FAI can be identified on x-rays. It has been proposed that FAI is the single most common cause of hip OA. Magnetic resonance imaging (MRI) is the only modality that can assess different joint tissues in detail, including cartilage and bone, and can detect early stage OA, often decades before it shows up on x-ray. We have previously recruited a randomly selected cohort of 182 people with and without FAI, with and without hip pain. Subjects were evaluated in detail at baseline with questionnaires, including a life-time physical activity questionnaire, x-rays, MRI, contrast-enhanced MRI and blood/urine samples for future biomarker analysis. We propose to reevaluate this cohort 6 years after baseline. The objectives of this study are to determine whether 1) those with FAI, compared to those without, are at increased risk of worsening of cartilage damage and early hip OA on MRI; 2) physical activity is a risk factor for early hip OA on MRI and whether this risk is exacerbated with FAI; 3) biomarkers predict early hip OA.